Suleiman Mohammed a five-year-old boy of Mother of All Nations School, a charity nursery school in the Madina Zongo community of the Greater Accra Region delivered the welcome address during the school’s 2nd Annual Graduation Ceremony held on its premises.

The speech was among many other performances such as drama display, poetry recital, dance exhibited by the pupils of the graduating class.  In his speech, he congratulated the teaching and non-teaching staff of the school, parents and opinion leaders of the community for the love and care they have shown them throughout their entire time in nursery school. He promised on behalf of the class, to leave an indelible positive mark as they climb the academic ladder of life. He also promised to take studies more seriously.

The chair person for the occasion, who is the Chief Executive Officer of the National Fire Safety Limited, Mr. Abdul Mumin Issah Kolani, drew the attention of parents to the education of their wards saying “With a little push, the children can serve well in any high position they find themselves in the future”.

The Assembly Member for North Legon, Augustine Atsu Attivi Hayibor, who sat in for his fellow Assembly Member for the La Nkwantanang Electoral Area, Abdul Rahim Abdul Rahman, congratulated the foundation for the bold step taken to support the municipal assembly and the central government in making sure every child is in school.

He also said the presence of the charity nursery school has given many children, irrespective of their financial background, quality preschool experience which has long lasting sustainable impact on the community’s development. He urged the community to support the project. He emphasized that the Assembly will do what it can to support projects of that nature since because of the direct benefit the community stands to get from it.

An Early Childhood Development expert, Samiha Sulleyman, in her remarks called on parents and guardians to play important roles in the early academic life of their children as it would in the long run, have positive impact on the kids. She further called on parents to adequately invest in the education of their wards so they would one day become the driving force of the nation.

The Director of the school, Ishaq Abubakar Zico Newton, after applauding the teaching and the non-teaching staff of the school for their hard work and dedication in transforming the children said the aim is to have about 30 of such schools nationwide, to give deprived communities education which is among the  basic tools for development. This will largely also contribute towards the attainment of Goals 4, 5 and 11 of the Sustainable Development Goals (SDGs) which respectively tackles Quality Education, Gender Equality and Sustainable Cities and Communities. 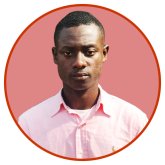